From 1987 – 1997 I had a good job at a local state university. Thanks to a visionary leader/boss I was able to grow personally and professionally as technology progressed during this time. I was able to transform my job and create new positions morphed from the old ones.

But being a public institution, salaries and other expenditures were tied directly to tax revenues. If the college was growing and the economy was strong, funding increased for the system. If not, spending was cut, salaries were scaled back and projects were delayed. Don’t get me wrong. I had a good job, good pay, good benefits and worked with some good people. But the opportunity for advancement was limited. 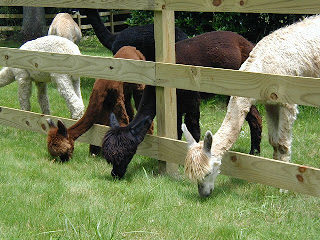 I decided to look elsewhere and after a short search, I found a position that would increase my salary by over 33%! We had just been married for over a year so this seemed like a fantastic opportunity! I interviewed and was offered a position with a fast growing software company all within 48 hours. I gave my current employer the opportunity to match at least part of the offer. They were not able to so I headed for greener pastures.

The new job was located in an area just north of downtown. There was no direct route to get there. It was in a new state-of-the-art facility with special locks, name badges and even its own underground parking garage. Finally, I had arrived. My talents would be exercised at their fullest potential. Two weeks of intense training on their software systems, phone capabilities and general company information and I was ready to go.

The job was a nightmare. Needless to say, I was in way over my head. The pay was absolutely great. That would make up for it, right? WRONG! The stress was overwhelming. I ended up doing poorly, my commute was over an hour each way, and I ended up depressed. Within 5 months of starting a dream job I was out the door with nothing lined up. The future looked pretty grim.

A few months later, a friend hired me as a retail manager. That store eventually went out of business but he lined up a job with another friend before closing the doors. That was almost 10 years ago and I haven’t looked back since.

I’m telling you this story because I say it was one of the worst jobs I ever had but it turned out to be on of the best decisions I ever made. It worked out fine for me but for others, they may not be so lucky. My friend and fellow blogger, Jeff Noel, wrote on his blog the other day that “The grass isn’t always greener on the other side. The grass is greener where you water and fertilize it.” If you are looking for greener pastures, start by looking in your immediate vicinity. You may be surprised at the amount of growth that can happen close by.

And just so you know, that fast growing software company is out of business.