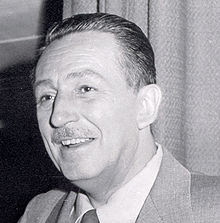 “I only hope that we don’t lose sight of one thing – that it was all started by a mouse.” – Walter Elias Disney

A friend posed a question the other day regarding the Walt Disney World Resort. What one WDW ride do you have to go on every trip? I said it was Pirates of the Caribbean (POTC). And there was a story why.

I attended my first Disney Institute course in November 2009. We were in classes all day and had most evenings off to do as we please. One of the evenings I chose to go to the Magic Kingdom. I had been asked by my son to get a picture of one of the Cast Members, Aaron, who works at the Pirates League, a place where kids of all ages can get a pirate makeover. Costume, makeup, pirate name, pirate secrets, you name it, they do it. Aaron made such an impression on my then 9-year-old son that he wanted to pass along a friendly greeting.

I wondered if Aaron would remember us. I am sure he saw hundreds of kids and adults in the 4 months since we were there. I strolled up to the check-in counter this particular night and guess who was standing there? I told Aaron why I was there and he stepped aside so I could take his picture. We shook hands and I headed over to ride POTC.

As I exited the ride, Aaron was waiting for me at the top of the escalator. With him he had a treasure map and some beads. He told me to give them to my son. Now, this may seem like nothing to the casual observer. But to me and my son, it’s as if we were given the winning lottery numbers. But because of that seemingly small gift (that map and those beads are probably a dime for two dozen) we are guests for life.

Do your customers remember you? When they are asked about the product or service you offer will they refer to you as their favorite?

Tweet
This entry was posted in Customer Service, Disney Institute. Bookmark the permalink.

2 Responses to What’s your favorite?